The gunman shot dead a man in the foyer of an apartment block before holding a woman hostage.

Police have confirmed they are treating the Melbourne siege as an “act of terrorism“. 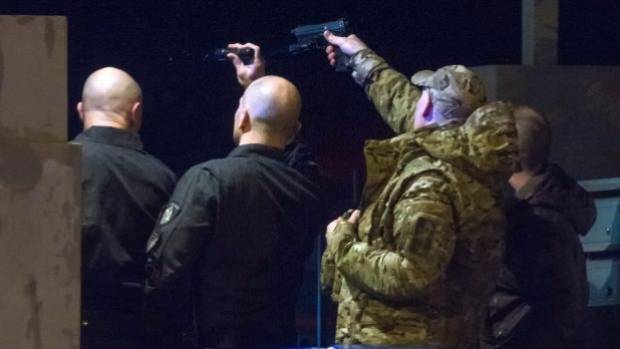 Two men are dead, three police officers were shot and a woman was taken hostage in a dramatic siege in the Melbourne bayside suburb of Brighton on Monday night.

The gunman, who was one of those killed, has been identified as 29-year-old Roxburgh Park man Yacqub Khayre.

The officers killed the gunman during the shootout. Two were later taken to hospital with gunshot wounds, while the other officer was treated at the scene.

Islamic State is claiming responsibility for the attack.

KATIE HOPKINS: No wonder they didn’t want us to know who the London Bridge Butchers were. The more we find out, the more ineffectual the people who are supposed to protect us from the killers look

I commend Piers Morgan. There’s something I never thought I would hear myself say.

I watched him interview Sadiq Khan on GMB this morning and he was 100% more professional than I would ever have been.

I can imagine coming round to find Sadiq lying on the floor with camera three lying across his limp body, and me wild-eyed, legging it down the South Bank.

He appears to show no conception of the horror our capital city is facing, keeps repeating London is the safest city in the world, and refuses to connect the glaringly obvious dots between Islamic Extremism and the attacks on our children.

Dr Bill Warner: The history of Islam in Europe and how it effects us to this day. This is a history based on numbers and facts that you may not see anywhere else and explains why we may be afraid to see Islam for what it is based on its own doctrine and practice.